First off I must say that this post is extremely good at the do and don'ts of mail art. If you are planning on making some then it's worth the read.

I thought I would share some of my mail art that I made for a couple of my friends.

First off, this card goes to a friend of mine who altered one of Daisy Maes' ( my pet guinea pig ) sleeping quarters, Well, she use to sleep in it until she grew too big and could only poke her head inside so he made it into a tunnel and she loves to run in and out now. I let her chew on the card for a personal guinea pig touch and she was only too happy to oblige. The envelope is supposed to be a cow flying a kite aka as a stamp...not sure if it works...lol

If cows could talk stamp 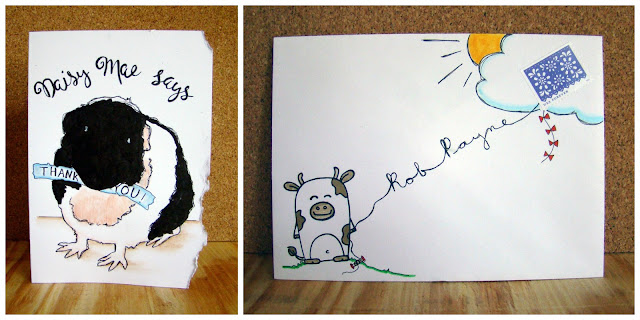 Then I had a prize to get out to Jean that was LONG overdue!! So I had to make it extra special! The picture of the dog actually came on the box, I just painted around it to wipe out the company information, didn't want her to think she was getting dog treats! But I loved the dachshund so he got to stay and I added a caption. 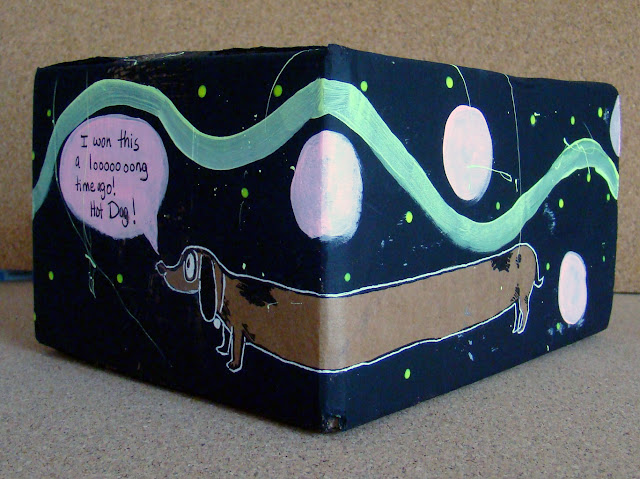 I did paint the "snail" mail though with some neon lights paints from DecoArt...they did pretty well except for the yellow which didn't show up against the black, but it still turned out cute. I love the fact that the post office person went out of their way not to disturb the art when applying the postage, it made me smile to see how careful they were being with it. 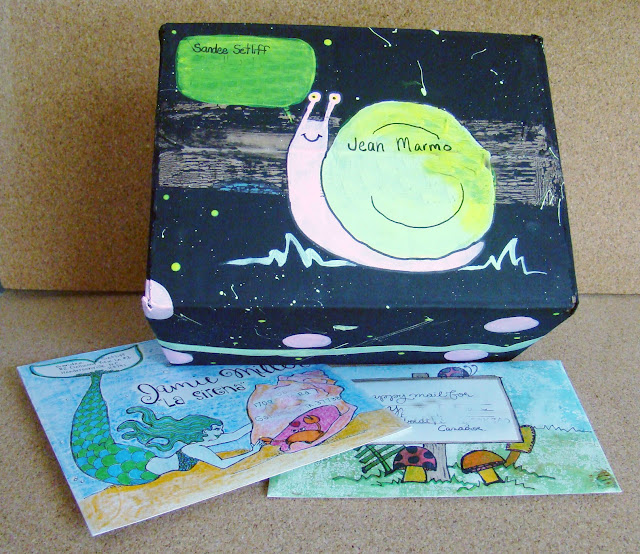 Did you know?
Mail art (also known as postal art and correspondence art) is a populist artistic movement centered on sending small scale works through the postal service. It initially developed out of the Fluxus movement in the 1950s and 60s, though it has since developed into a global movement that continues to the present.  Mail art is considered art once it is dispatched.

That box in itself was a prize!! You are killing these!!

HA-HA, I love Daisy Mae's card!!! So happy you let her join in on the fun of creating! They are all adorable!
Pam
scrap-n-sewgranny.blogspot.com

You've shared some really fun creations today, Sandee! Thanks for playing along with us at the Simon Says Stamp Wednesday challenge!