Haven't seen me in awhile?

Well, that's because my world exploded on me...in a very good way!
First off in case you aren't a friend of mine on Facebook ( friend me, I don't cuss much and I don't do politics, just art! ), then you might not know that the bears have arrived. I'm talking about the 5' fiberglass bears that artists paint and the city auctions them off for charity. This will be my 4th year doing it and you can see my other bears HERE if you would like.

So first, we go and pick them up from City Hall, thats Lisa White, John Buchanan and Shirley Walsh helping me pick out the perfect bear. 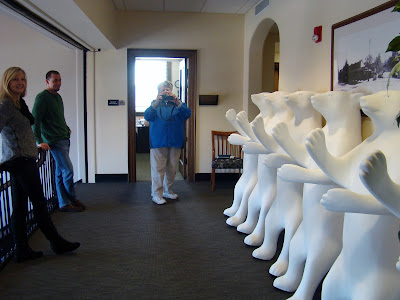 Then I start sketching designs for my sponsor ( Hendersonville Sister Cities ) to approve. They took me to lunch at Sol Y Luna on mainstreet which sure was nice of Lisa and Shirely to do so ♥ 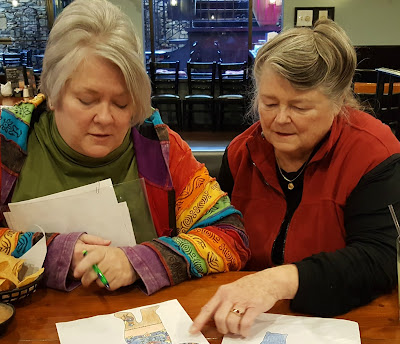 Also, when I got back from the beach I had a surprise waiting on me, the magazine Just Cards! had published their issue of Just Mixed Media! and had sent me a copy. I do love seeing my work in publication and I'll definitely send in more submissions to them. 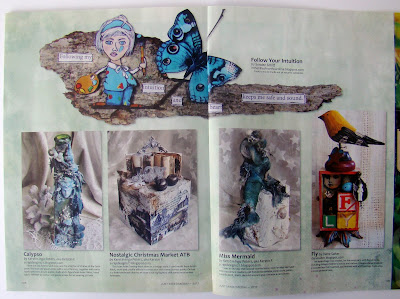 AND then I was accepted into a juried show called Artscapes which made me super excited that my piece called Balance made it into the show but also meant I have to finish painting the sides of the panels quickly before having to take in in to be professionally photographed...and wired. I wish I could share the photo but they won't allow that yet.

Lastly, I have been asked to be one of the judges for a show called Young Artists & Authors Showcase sponsored by Hendersonville Sister Cities.

Congrats on being asked to be part of so many things. I remember the bears from last year, can't wait to see what your's looks like this year!

Goodness me I'm in a whirl just taking all your news in. Congratualtions to all of it. Well done you. Hugs Mrs A.

You are one busy girl! That is just the way it should be:)