I like to find plants out in the woods and transplant them to the front of my garden, there is nothing more satisfying than free plants....well, maybe finding plants the deer won't eat too is nice, lol I don't mind that the deer eat my Hosta as I LOVE seeing them out in my garden, but it is nice to have something growing that isn't eaten.  This is a picture of a Hosta that the deer have already demolished! 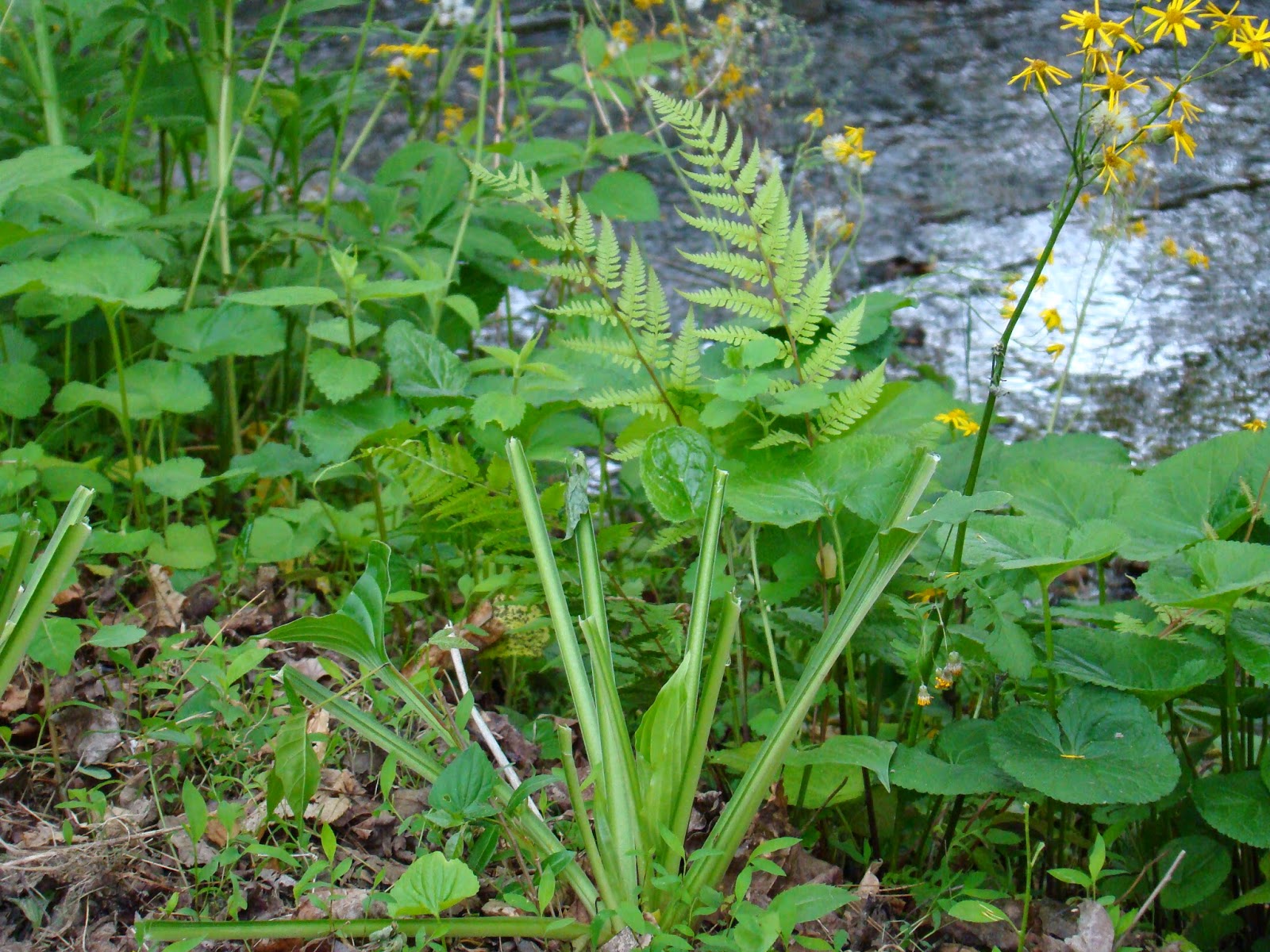 Now I can be kinda dopey sometimes, (stop laughing) and frankly I just amaze myself...sighs...So I have transplanted around 6 ferns in my woodland garden and just realized the other day that I have 2 different kinds....seriously, how can I handle something 6 times without realizing that? AND, I discovered it quite by accident too, which really makes it even worse...another sigh....I even gave myself an eye roll!! lol 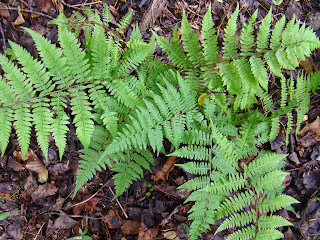 Then as I was walking around in my garden I thought to myself that I should take a picture of the underside of the fern frond too since they use all sorts of things to identify plants with, so I reach down, flip over a frond and take this picture.... 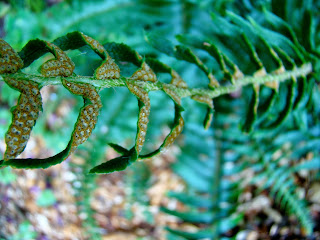 When I get back to the computer and pull up the pictures I am so confused, wondering what in the heck did I photograph? Surely it's not the same plant? It's sooooooooo ugly too!! This is in my garden?? and I touched it....ugh....
And yes, the next day I discover my second fern type....sighs again....I am such a doofus!!
..it's really hard to identify ferns in general that look so much alike, but because of the above picture, I was able to identify it as a Christmas Fern by it's spores which look really gross to me, but evidently they are like our fingerprints, and different ferns have different spores...still gross though...just saying, lol This fern is VERY fertile,,,lol 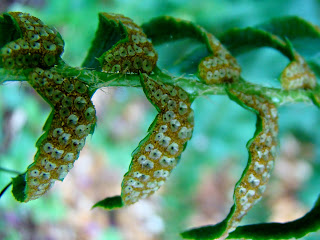 . It get's that name because it stays ever green over winter....will have to keep my eye out for that this winter to double verify I got it correct. 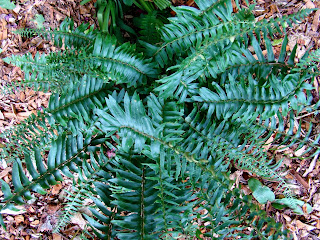 I love the fern fronds as they unfurl....or you might call them a fiddlehead...because of their striking resemblance to the head of a violin, start out tightly curled at the base of the root. 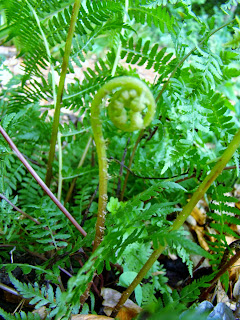 Beautiful! Even the bumpy sides--LOL! I love ferns. :)

Oh my.. all those new F words.. that why you like plants.. NEW WORDS to learn for scrabble!! LOL.. You were right about the Christmas fern underneath.. it is UGLY.. ick.. :) Christmas ferm eh.. good to know.. gonna take you some nature pictures of my yard.. lmao

I have some ferns in my garden. I have ones called tree ferns.. My grandmother gave them to me when we moved into our house.. They where only about 2 feet tall. Well now they are over the eaves of our house and they are still growing yes they have been there for 27 years now. I kept them alive through all the droughts we have had by bucketing our water out to them.. I must be doing something right to keep them alive for so long.. I love all your ferns and your area you look after it is so interesting finding out all the varied plants you have.

I think you have a beautiful garden and you are not a "doofus" LOL. I don't know alot about plants either, I just know I love them. I would bet your neighbors love that you have made this little piece of heaven to look at every day.

Too funny! Love your garden adventures!