So first, here are my favorite picks from the 2012 year.

I would like to start off with the greatest moment for the year, which was a major accomplishment for me, and that was joining the Art MoB and selling my creations. It was a "check off the bucket list" feat for me, and I am so glad that I did it too. You may not know the courage it took to have my art juried before they accepted me there. I was very nervous! 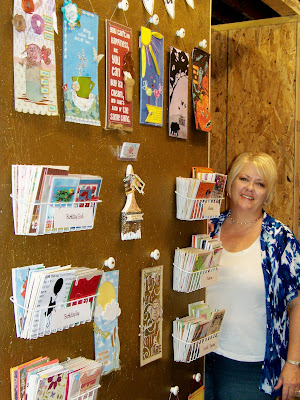 Top of my head were my mermaid wall hangings...I still sigh that both are sold, but it's a happy sigh! One of my biggest pleasures for the year 2012 was discovering that people wanted to buy things I made...one of the hardest things I discovered was letting go of them! 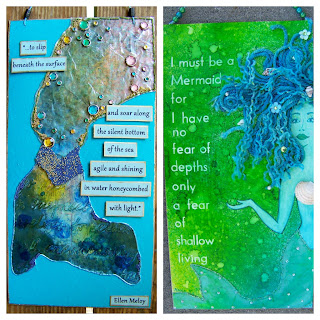 Then there was my lay out that used a lot of white space, and I was pretty proud of myself for accomplishing that feat! I also discovered that this past year, I didn't take as many pictures hence my album wasn't as full as previous years...I think my blog has replaced my scrapbook in a lot of ways. 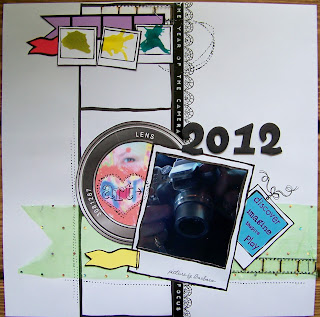 Or how about the scarab I created for the peep hole on my door, still freaks my company out when they exit my place, but I loooooooove it, lol I love how they all want to go look out through the peep hole before they leave, it's very funny. 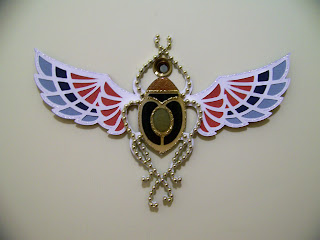 And my favorite picture of 2012 is the doe who was in my backyard and didn't seem to mind at all my amateurish photography skills, thank goodness for zoom, eh? 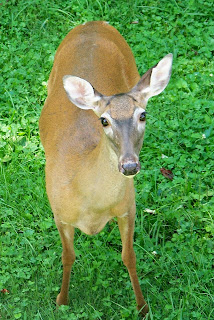 And I would be remiss if I didn't add a favorite card for the year, which was hands down, the 50 Shades card for Thanksgiving, for it's humor alone...;) I made 2 of these cards which sold before making it to the display at the store. I loved the reactions of the women buying them, lol 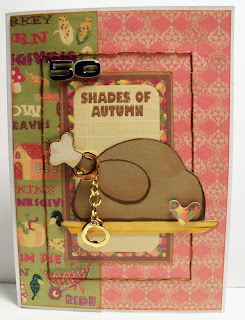 But in the end, I chose a mini album, that I giggled and cackled the whole time making it, and click HERE to see all the pages and the hilarious sayings that go along with those fab retro images! It's too picture heavy to post here. ) I have to note here that I have made 3 of these albums, the first two having already been sold and the third one is in the Art MoB. 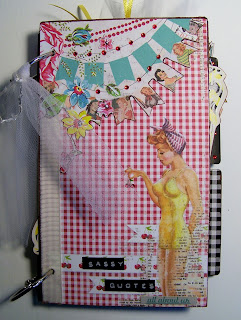 So  as I hark back for the year, I find myself nostalgic for my projects, a lot that I sold ( which is fantastic ) and will never see them again except for the photos!
Posted by SandeeNC at 12:00 AM

My my what an eklectic mix. Do love your mermaids fab colours. But so are the rest. love francesca

what a cool feeling to sell your work!!! love all the projects! here is to another great year of crafting!!

Fascinating creations,,,,,,Sandee you have so many different ones,,,, OMG.Thanks for your comments on M. Antoniette May`s Happy Daze blog..She was working with my CS,,,,feel free to choose your favorite product from all my stuff free. E-mail me to nicecrane@yahoo.com

Hi Sandee, what a lot you achieved in 2012! Congratulations girl, you did well and you so deserved to. My favourite thing that you created last year was that fabulous album for your friend to put holiday photos in (the nice shaped one) but I also love the mini album at the end of your post, the images are fabulous. Well done on achieving so much. Hugs, Anne x

I loved seeing all of your favorites for the year! Your scarab peephole is so cool!

A wonderful mix of gorgeous projects, my favourite would be the album at the end of the post.
Yvonne x

Lovely post and a lovely look back over the year. May 2013 bring you many more sales! Kim

These are all wonderful creations! What a great feeling to sell something you made! And that 50 shades of Autumn....LOLOLOL I love it! That's hilarious. Can't wait to see what you create in 2013 :)

Oh Sandee, what a lovely review and I love the mermaids too. I also remember you taking the deer photos which made me smile. Hugs BJ

The mermaids are still very near to my heart also.

Happy New Year Sandee!! I read your post at Christmas and I'm so pleased you liked the 'little something'! (Glad to help provide a little festive cheer too!).
You have had a wonderful year and you are right to be proud of your achievements. Have to say, I loved that mermaid! Glad to have found you in blogland and so thankful that you've joined us at Anything But A Card this time.
(I've been having a break but now I'm back and I will visit again soon!)
Juliaxx

Well done Sandee! I hope 2013 also brings you lots to be excited about. Of all your pieces it is the scarab that excites me because it is different and interesting!
Thank you for joining us at Anything But A Card CHallenge. I look forward to seeing more of your crafting this year.

What fantastic favorites from the year!!! :) Thanks for joining us at Anything but a Card!!

Enjoyed the recap, Sandee! Somehow I missed that scarab for your peephole, and I LOVE IT!! Would love to see folks' reactions to it. But I do have to agree with your favorite. That album was so great, I bought one for myself (well, my hubby got it for me for Christmas!). Wasn't that nice. The whole kit just looks fantastic. Thanks for the inspiration, my friend.

As awalays Sandee, I'm so impressed with all you accomplishments and talent. Bring on 2013. Happy New Year.