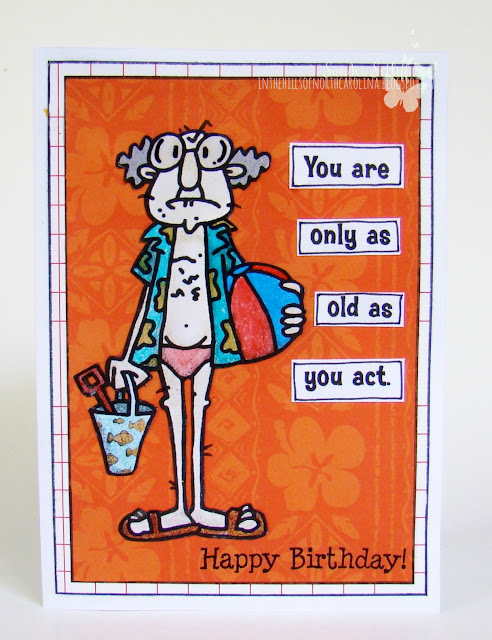 I added some glossy accents to his glasses to give them a little bit of shine...I also added some little fishes to his sand bucket, but just couldn't get myself to post a close up of that since his who who was right there in the picture too! LOL!! 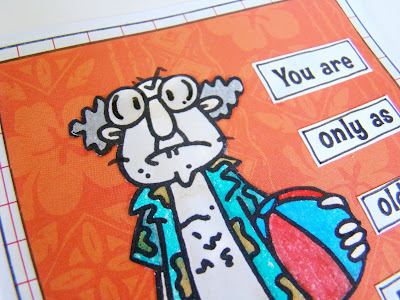 entering this speedo loving man in:
Catch The Bug Challenge - July Anything Goes
Craftin Desert Diva's Craft It Up & Link It Up Linky Party #10 - Summer
Posted by SandeeNC at 12:00 AM

A great image and quote. I know a few folk who would love to receive a card like this.
Yvonne x

Sandee,
LOl I love that guy and quote! Great work!

This is so cute, and true too!
Pam
scrap-n-sewgranny.blogspot.com

Hi Sandee, love the card..I love Bugaboo Stamps. Funnily enough I have been working with them this week too :) Cx

Too cute! Who Who!

Too funny! Love the image:)
Thanks so much for joining us in the "summer" Linky party at Craftin Desert Diva's!
Sherrie K
http://sherriescraps.blogspot.com

What a great project, very cute!! We appreciate you taking the time to join joining our July Anything Goes Challenge at CTB! I hope you can join us for our week long Christmas in July Celebration starting tomorrow!!!

What a fun and summery card! I like how you placed the sentiments on this card, and the orange background makes this card even more cheerful!

now that is funny!!!
Thank you for linking up with us for Tara's linky party at Craftin Desert Diva's We hope that you will join us again for the next linky party!

Robin
Cut One Designs by Robin

I love the image and the sentiment!

What a great card!
thanks for joining the summer linky party at Craftin Desert Divas
Laura guest designer

LOL. Too funny. And a cute card...i love their images of these two. Sorry I haven't been around. Super behind on blogs. :-(