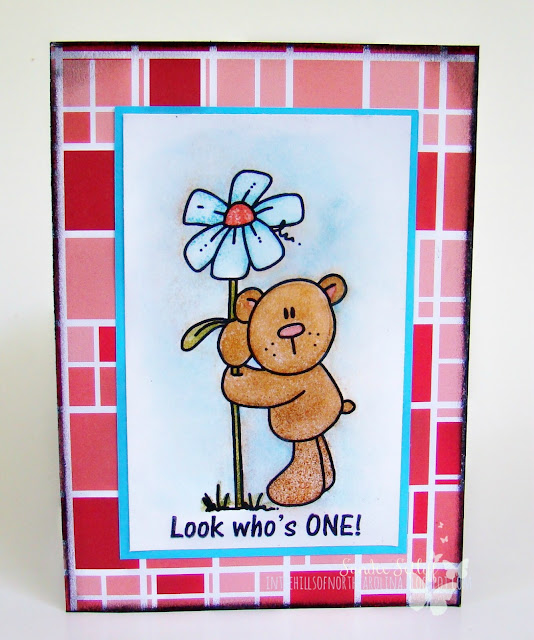 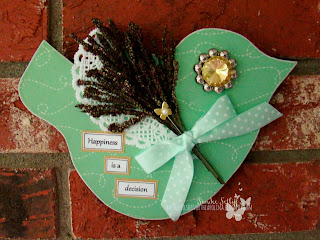 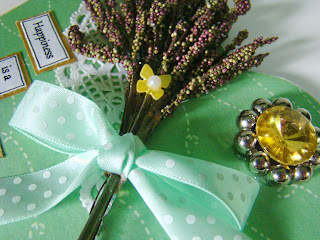 Morning! Love your card and wall hanging, both adorable! Good luck with the challenge today and hoping you won't be too stiff afterwards...I'm feeling guilty now as I aim to be doing some stamping and colouring in the comfort of my sunny garden! Hugs, Carole Z :) X

Oh, my knees hurt just thinking about being down on a sidewalk! This will deserve a huge chalk checkmark on your bucket list. ;)

Such an adorable card, I love how you have created the sweet bird, especially your stunning eye!!!

Such a pretty card, and love the bird with the nosegay! I hope you had fun (and don't have too much pain afterwards) at the chalk art challenge. I love to watch people do that. We had a fellow make the poster of Rosie the Riveter on the street one day. It was so amazing.

Great projects! That little bear is so cute!
Pam
scrap-n-sewgranny.blogspot.com

I hope you have a great time at the sidewalk art event! That sounds so cool!

The card is adorable and I really love the bird. The green color is just fabulous!

Fantastic!! We haven't chosen winners yet but .... There's a special "appreciation" blog button posted on our Facebook page for everyone who entered this challenge. Thank you for joining our challenge and showing your support. https://www.facebook.com/DigiHavenChallenges