Simon Says - To the Moon 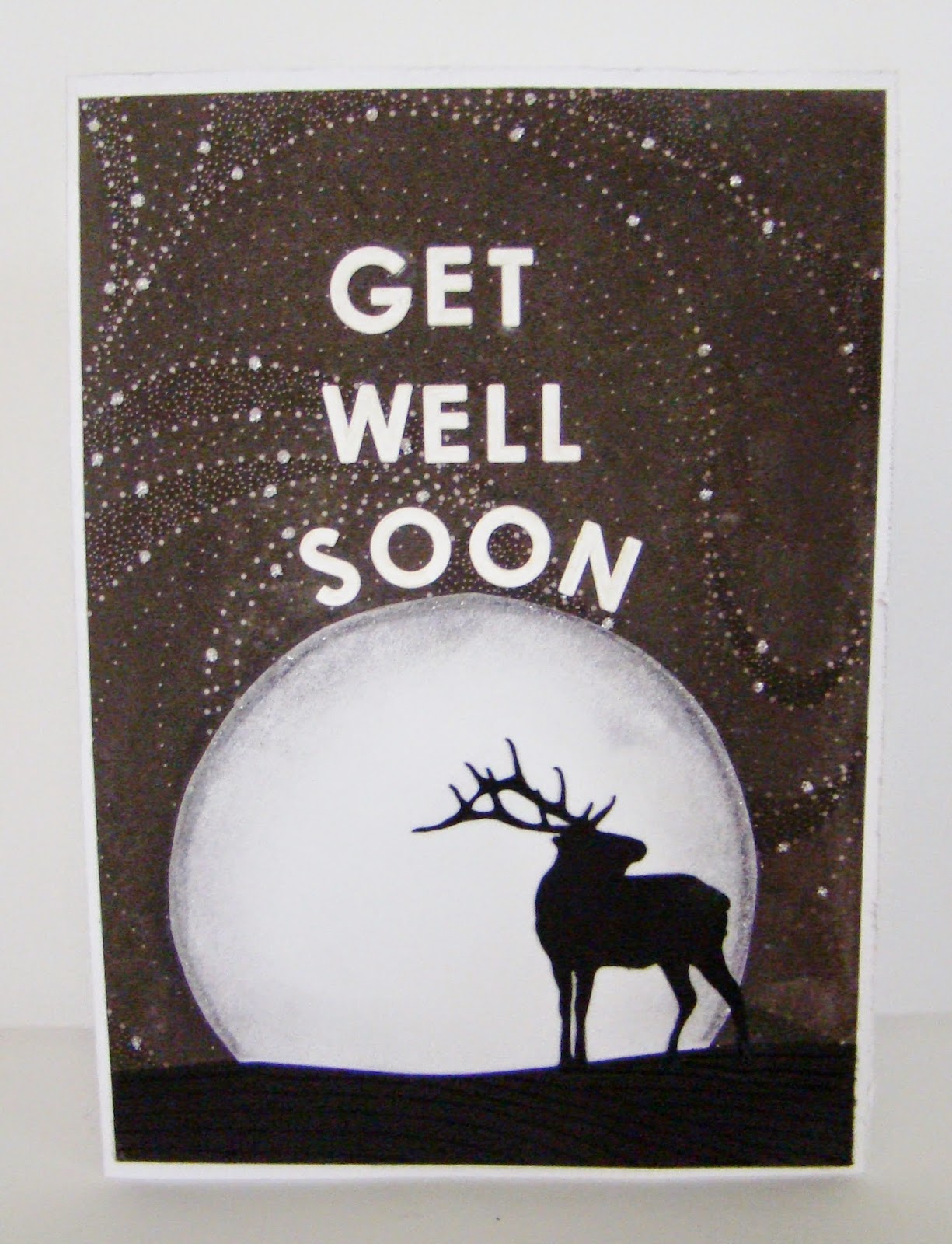 And although this has absolutely nothing to do with my card, it does show you how my mind works...lol
I couldn't help but think of this while making my card:
I see the moon
the moon sees me
God bless the moon
and God bless me.
This was favorite nursery rhyme as a child, out of curiosity I googled the saying to find out who wrote it and found so much more. I also could not find out who wrote it, there are so many different versions....

I see the moon, / And the moon sees me. / God bless the priest, / Who christened me.

I See the Moon is a popular nursery rhyme that is often found as the last rhyme in books of nursery rhymes for children. Its position at the end of books of nursery rhymes make it seem like a goodnight prayer for the end of the day. In fact, the many variations of the rhyme increase the sense that the verse is that of blessing. Of course, the illustrations of cherubic children gazing wistfully out the window at a benevolent moon also enhance the peaceful concept that people have of the verse.

Sinister Intent in the Nursery Rhyme

However, the authors of The Annotated Mother Goose suggest that while the rhyme is charming the original reasons for reciting the rhyme may have been more sinister than the rhyme might lead on to believe.
In ancient times, people believed that to sleep in the moonlight was to risk becoming a lunatic. In addition, there were the many evil beings that were free to roam when the moon was full. The nursery rhyme may have been taught to children to protect them from the dangers exposure to the moon and the subsequent risk of lunacy or to use as a ward against the evil creatures that only walked by the light of the moon.

Other Literary References to the Moon and Lunacy

Shakespeare was aware of the many attributes and legends surrounding the heavenly bodies. Othello blames the moon for the madness that is around him “It is the very error of the moon; / She comes more nearer earth than she was wont, / And makes men mad. King Lear, however, laments the fact that “we make guilty of our disasters the sun, the moon, and stars: as if we were villains on necessity; fools by heavenly compulsion.”
However, fear is as powerful a compulsion as truth and may indeed be the driving force behind this nursery rhyme that teaches an awareness of the moon and the prayer for blessings from God.
Posted by SandeeNC at 8:07 PM

Email ThisBlogThis!Share to TwitterShare to FacebookShare to Pinterest
Labels: card, get well

this is a nice masculine card. You could've said, "Get well moon." Ha. I know that little rhyme too.

I agree with Jean.

Nice card and information, I am sending some blogger love. Dear Friend.

As a total nerdy English major, I absolutely adored learning about the origins of that nursery rhyme! Not only did I get to see a great piece of art, but I came away with some literary knowledge and you can't beat that combo, so thanks for the bonus educational content. As for your card, I thought it was so clever and unique! Love how you made the swirling background and I am impressed at how clean and crisp your animal looks against that moon. This card would absolutely make me feel better if I was sick! Thanks for sharing your talents with us for this week's Simon Says Stamp Monday Challenge!