Potluck dinners, a sick or bereaving friend or church functions, those are the occasions where I bring a casserole or dessert, and then begins the fretting of getting my dish back.
Yes, I fret.
After all, there is no such thing as Dish Karma.
If you lose one, another doesn’t show up as a random act of dish replacement.
The Land of Lost Pyrex is right down the street from The Land of Single Socks. 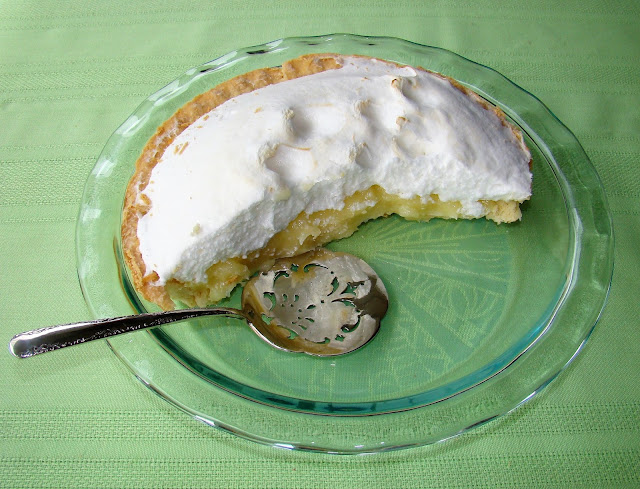 The best and easiest way to get your dish back is to etch your name a design on it.Permanently into the glass.
I didn't want to etch my name into it because one day, someone might inherit my dish whether through a garage sale or through a hand me down moment so I thought I'd etch a design into the dish instead so it's more "user" friendly down the road. But you can do your name if you so desire.

After etching, it's safe to wash in the dishwasher and safe to put in the oven
as long as the bakeware is intended for oven-use.
And do etch on the outside area of any dish, just in case..
ya know what I mean.

I am sure you've gotten quite a few etching instructions along the way on the hop
so I'll just mention a couple of things I learned along the way:

1. A painted stencil did not effect the etching at all, so you don't have to start off with a new stencil. This is a picture after the etching paste had been scraped off before washing the remainder of the paste off in the sink. And an extra tip, the spray nozzle did great for removing the paste in between small areas of the stencil design. 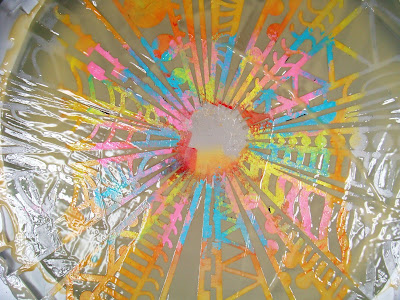 2. Areas on your casserole dish that have a raised area (like the name of the dish, size of the dish, etc.) won't etch quite as well because the stencil itself cannot lay flat,
but overall I think it turned out very well.

GIVEAWAY
One lucky winner will receive an etchall® Glass Etching Bee-ginner Kit,
reposition/reuse stencil spray
AND a $25 Gift Certificate to StencilGirl Products!
Enter to win by leaving a comment below.
Then be sure to visit the other blogs in the hop and comment to win.
The more blogs you comment on, the more chances you have to WIN!
One winner will be chosen at random from all blog comments!
(One comment per blog please.)
You have until Tuesday, March 20th at 11:59PM Central Time to leave your comments.
Winner will be announced on
StencilGirl's Facebook page and etchall’s Facebook page on Wednesday, March 21. 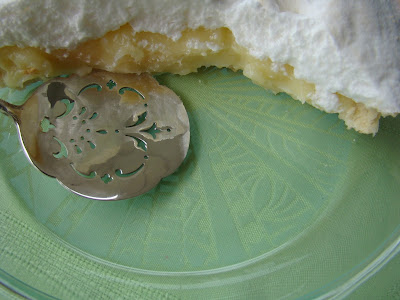 I'm linking up the blog hop to Paint Party Friday while I have a piece of Lemon Meringue pie...
the things I do for my design team...sigh
😜
Posted by SandeeNC at 1:00 AM

What a beautiful pie plate! I certainly hope you get it back :-)

Great idea! I am pulling out my pyrex baking dishes now! (I did wonder about the raised lettering - thanks for answering that question)

WOW! What a cool idea! I didn't even know there were such things as etching kits. I have loads of glass dishes like that so might give it a whirl one day. Yours turned out so well. And it looks amazing!

I know what you mean about angsting over your dishes that have contained donated food. Your etching is gorgeous. Normally, I just stick a return address label on the underside of the dish so the recipient knows whose it is.

There are always disposable containers, sometimes I use inexpensive tin ones but great idea with the etching and so funny...disappearing dishes.

Fun idea. I learned to stick with using foil pans or reusable plastic dishes/bowls when I cook or bake to give it away. No worries then about having something returned:) Happy PPF!

this is a really great idea, much more creative than a name and a fabulous way to avoid adding to landfills!

How awesome your plate
looks now! But you won't
get it back now because
of that awesomeness.
Carla from Utah

Aren't you clever! I love it! I lost a blue casserole dish that way, getting a clear one back. And blue is my color! :-)

I love this idea! The etching makes your pie plate look like a beautiful antique piece...so clever!

Yes. Nice idea and lovely art. I've had the experience. I scot tape my name

This is a great idea!

interesting, I did not know you could do such a thing :)

It looks beautiful! What a great idea.

The etching really classed up your plate! It looks great!

Happy Day to you,
A ShutterBug Explores,
aka (A Creative Harbor)

Wow this is just beautiful and a great idea.

Perfect ! I know seeing how my next plates will be amazing and so mine ! Love this idea !

Great idea. When people say a tiny slice they can pick the size. Love it. Dee

Such a pretty plate. I love the design. :)

I can see that you will be making
a new plate every time you use this
one at a potluck or as a gift.
It will disappear in a heartbeat.
Fantastic idea - put your
signature on something without
being too obvious.
thanks for sharing
txmlhl(at)yahoo(dot)com

Beautifully etched...what a great idea! I love it!

I love the idea of doing this on pie plates! So great for pot lucks or even as gifts for people!

I loved the stencil! I used to do a lot of this kind of artwork--still have a few pieces laying around. Your etching is lovely.

Great way to create personal table-ware etc.
I like your pattern.
Have a good - not too busy - day!

I realize the contest has ended but I still just had to tell you how much I love this idea. Turned out super and I'm definitely a glass bakeware loving kinda gal. Reminds me of my Gran and the 30's n 40's. No Tupper in my kitchen.

Sandee, you made me laugh heartily about "the Land of the Lost Pyrex being down the street from the Land of the Single Socks." Too funny. This is a perfect solution. Beautiful results, clever thought process and , well the pie looks good too.

What an neat idea. Love the look.