I can't believe it's been 2 weeks since I blogged...so what have I been doing?... I have been busy, but

12/14 Avoiding political anything on FaceBook has just worn me out. I have "unfollowed" many friends who just insist on posting the most hateful things. I'm afraid this election has brought out the worst in some people. However, it did help me to come up with my word for 2017...adversity. It even prompted me to make a page for the cover of my journal. 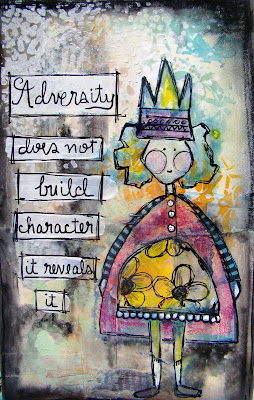 12/16 Made a video but can't share it yet...but soon...although I can now announce that I am going to be a designer for ColourArte. :) 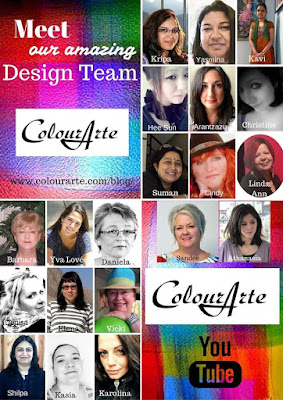 12/18 Joined Jodi Ohl's online class because I needed to do something new, a different way of painting. 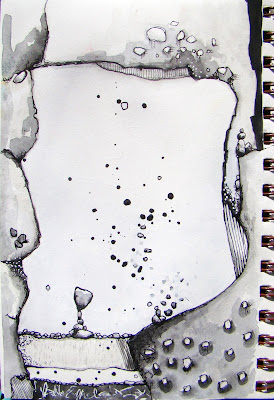 12/19 Since the temps have gone down, Daisy Mae's snuggling time has gone up, lol It's very hard to type with her wedged in between me and the computer. And she doesn't give up her space without a lot of whining...which means she usually wins, unless I have to get up to go pee...then she is ousted, lol 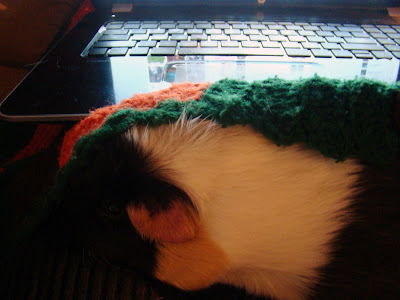 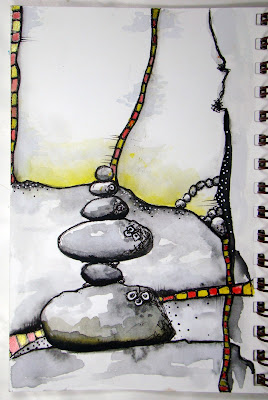 Been praying for rain a lot during the month of November, wildfires have consumed a lot of my thoughts.
( This picture is photoshopped but is horrifically beautiful )
I want to paint it...but I can't see it as art on my walls because it would only be a reminder of what everyone has been going through. 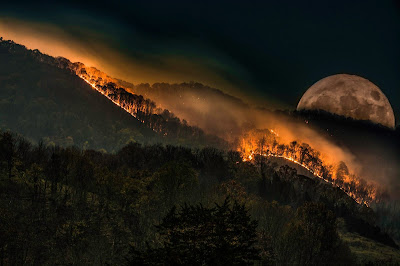 We've had several days where you go outside and the smoke just slaps you in the face. Upside...Bluebirds are back. 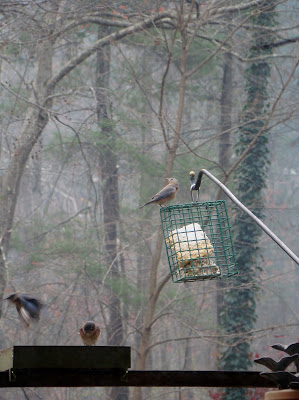 11/24 I got my prize package from ColourArte and began playing with my new Twinkling H2O's..just love the skin tone set. 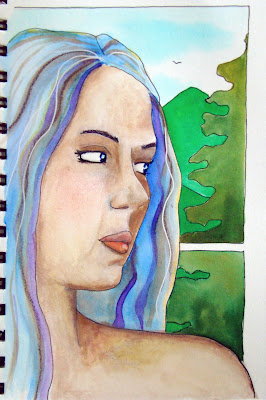 11/27 Made a video using my Twinks...I usually write something on my journal pages and have noticed this is the second one with nothing. I've been saying I'm waiting on the typewriter I ordered to arrive but in reality, I think I'm blocked.

11/27 Made another video today, but it's for Sunday so I have the rest of the week to edit...it's my ATC for Grumbacher. I really like how if came out, the theme is space and I enjoyed playing with the iridescent Twinks with this one.

Well, off to play some games on FaceBook..ttyl

My goodness you have been busy! Love your work, as usual. Daisy Mae is just so cute and I don't blame her for wanting to snuggle!
Saw on the news this morning that fires are now in Gatlinburg TN and Pigeon Forge TN, they are actually threatening Dollywood. So sad.
Pam
scrap-n-sewgranny.blogspot.com

You have been missed!