Being inspired by the dots, I used the stencil from the kit and the dauber to add a random line up the right hand side. I also added some layering of star and round sequins for that added layer. The sticker supplied the large word going across. 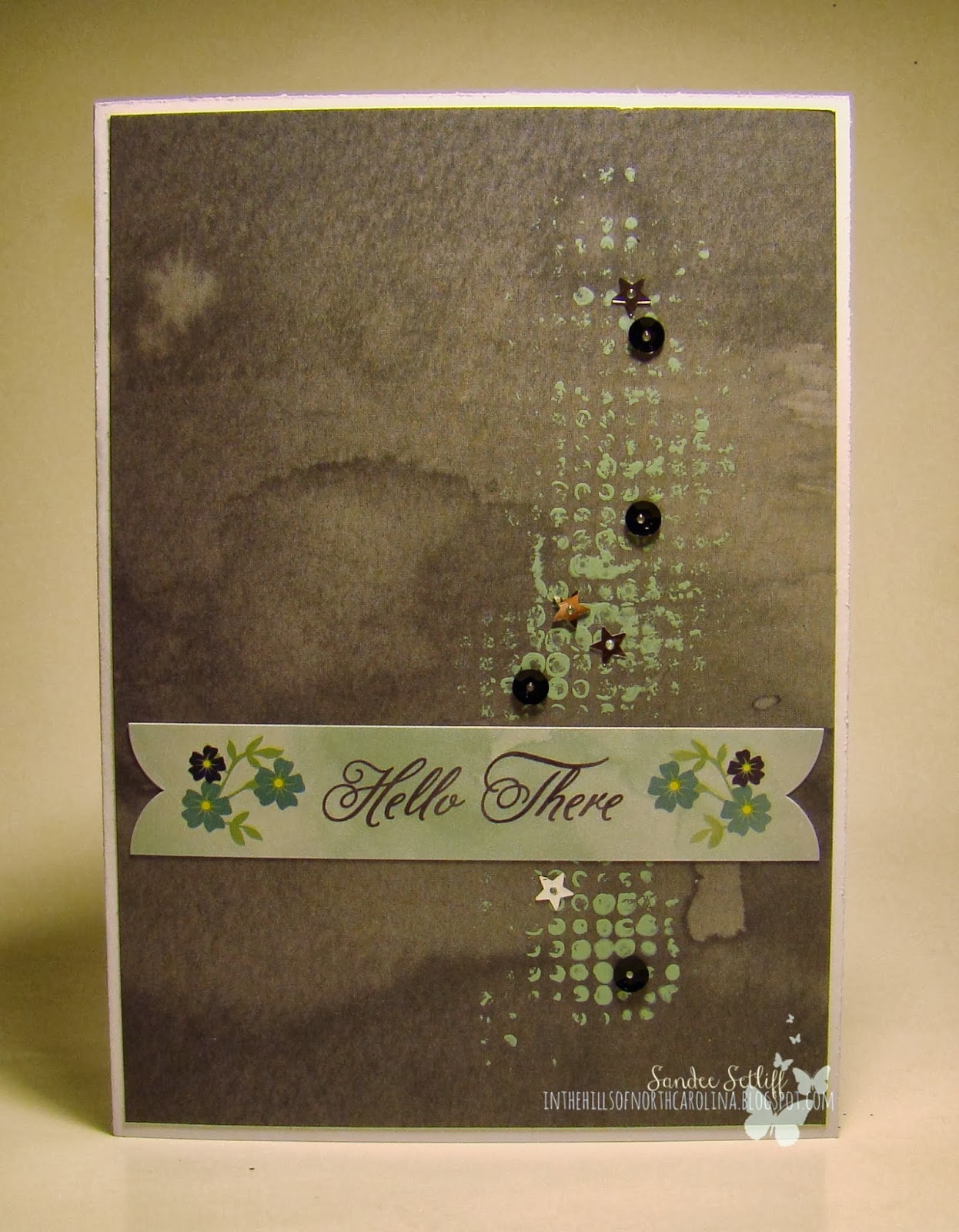 Because I am such a linear person, the hardest part is adding embellishments randomly, so I sprinkled them in the general area where I needed them to be and glued them down where they fell. It took a lot of my angst away by using that technical method, lol 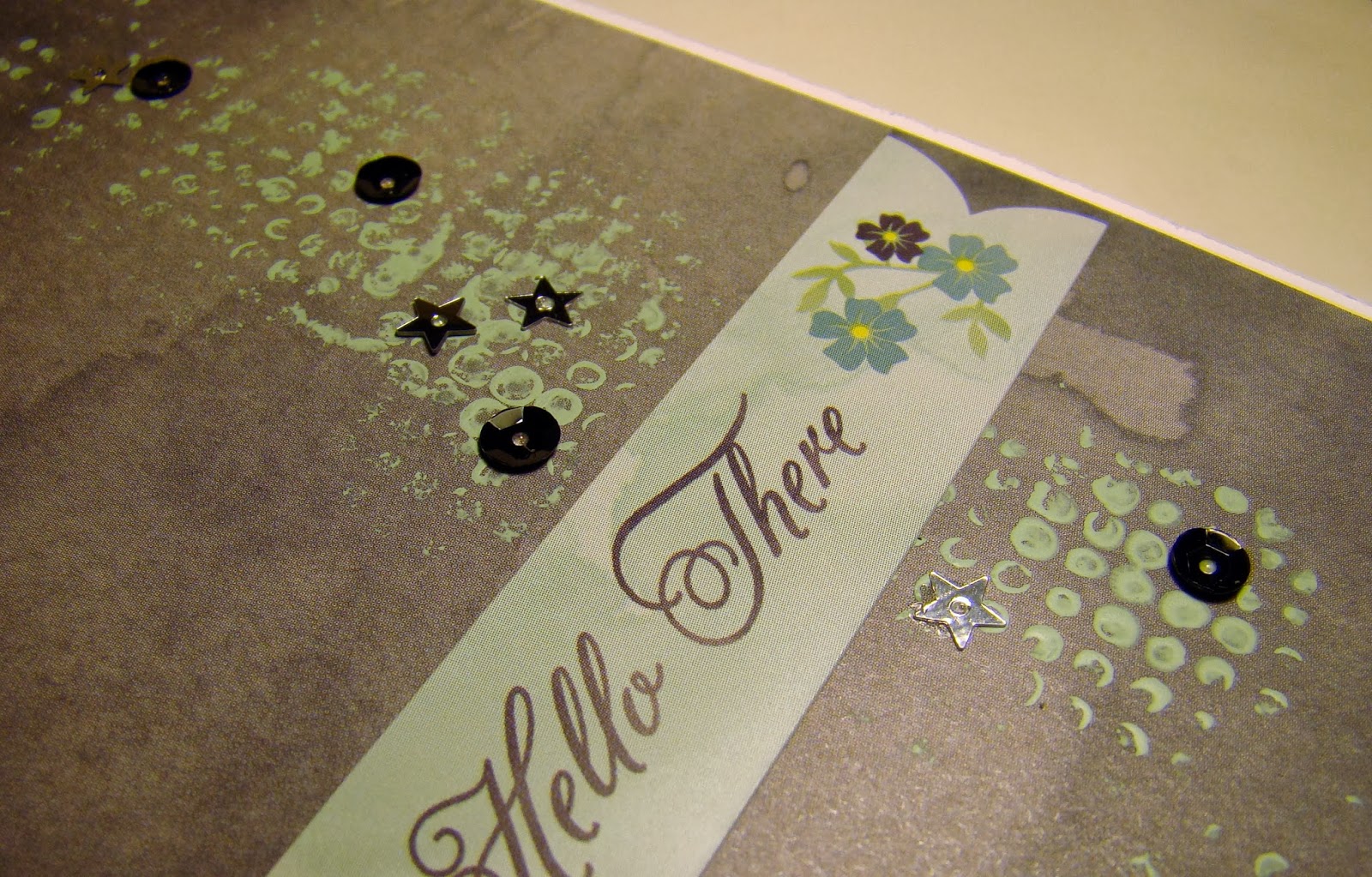 Love the texture in that background and those sparkly stars.. Very pretty..
Vicki :)

really nice. I don't do many cards but I should. And then I should actually send them, lol. You are so creative

Oh I DO like this one. Very cool and artistic. Like the stenciling, love the shaded colors too. TFS & Hugs

I love your technique to get randomness. I get angst over trying to be random too. I am going to try it your way sometime and see. I read somewhere that you should build "visual triangles" with your random bits which ensures odd numbers that I understand the eye likes better. You eye likes triangles too I think was the other reason for that. My triangles get pretty long and pointy.... I like your sort of partially there circles from the stencil. Neat addition to the card.

Wow this is so arty, I really love it! I find random really difficult xx

I need to build up my card stash again. I plan on doing just that in a few weeks with a girlfriend at a weekend crop. Love this one and your technique for ensuring the randomness of your embellishments....LOL. Great job my friend.
hugs,
Yvonne

Love the background, great texture. Thanks for joining us at CASE Study this week!